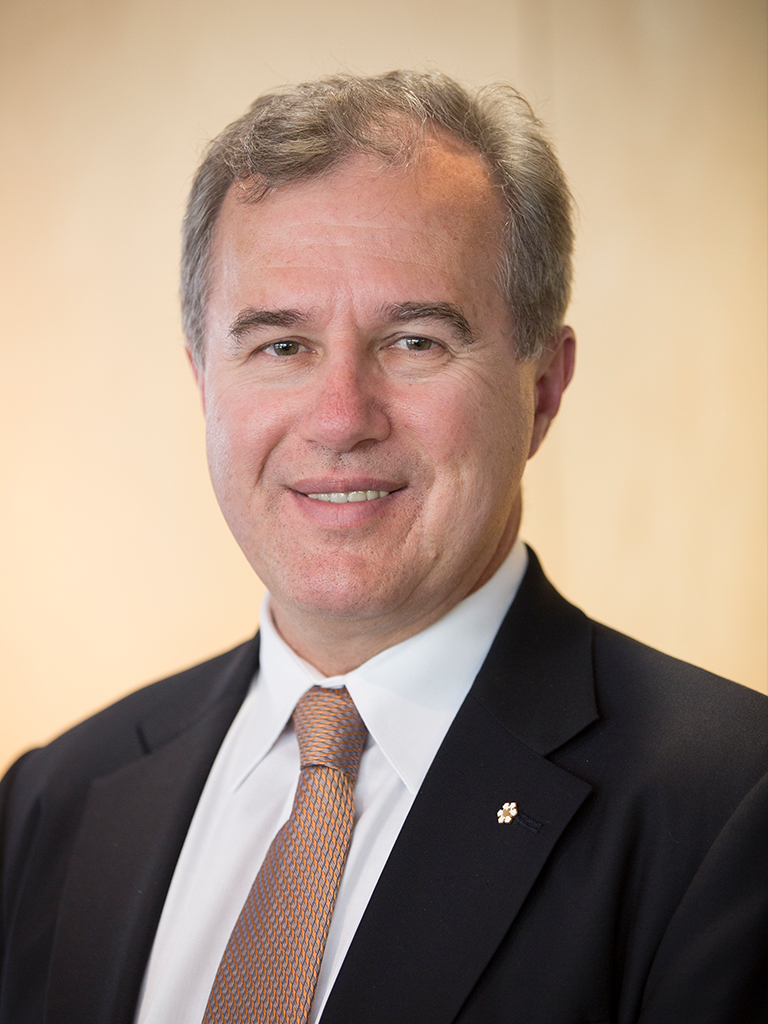 Tom Jenkins is Chair of the Board of OpenText Corporation a position he has held since 1998. Tom was the initial CEO of Open Text which he joined in 1994 when the company was less than $1 million in annual revenue. As the CEO of OpenText for more than a decade, he took the company from a small University of Waterloo start-up to the first Internet IPO in Canada in and the third Internet IPO on the NASDAQ in the United States. During this time, he was instrumental in the creation of one of the first internet search engines that was used by Netscape, Yahoo! and IBM. In partnership with Netscape and later Microsoft and SAP, Mr. Jenkins went on to direct the development of the first Internet-based Document Management system as well the earliest versions of internet based Workflow, Portals and Social Networking software. Today, Open Text is the largest enterprise software company in Canadian history. Tom provides support to the First Ascent Ventures partners team and assist in developing international markets.

Tom is currently Chair of the World Wide Web Foundation and a Commissioner of the Tri-Lateral Commission. Tom has also served as a board member of Manulife Financial Corporation, Thomson Reuters Inc., BMC Software, TransAlta Corporation and Slater Steel. He was also past Chair of the Ontario Global 100 (OG100) and past Canadian Co-Chair of the Atlantik Bruecke. Tom was the tenth Chancellor of the University of Waterloo and was the Chair of the National Research Council of Canada (NRC). Tom is one of the founders of Communitech in Waterloo. Tom is the former Chair of the Advisory Council of the School of Public Policy at University of Calgary and he is a former director of the C.D. Howe Institute and The Business Council of Canada.

Tom is the author or co-author of many widely read books primarily related to the Internet such as: “Digital: Disrupt or Die” and “e-Government or Out of Government”. Tom has co-authored with David Johnston, the former Governor General of Canada, the book “Ingenious” which is a history of innovation in Canada and the companion book for children “Innovation Nation”, and contributed a chapter to the book “Canadian Failures”.

Tom received an M.B.A. from Schulich School of Business at York University, an M.A.Sc. from the University of Toronto and a B.Eng. & Mgt. from McMaster University and has received honorary doctorates from six universities. He is a member of the Waterloo Region Entrepreneur Hall of Fame, a Companion of the Canadian Business Hall of Fame and recipient of the Ontario Entrepreneur of the Year Award, the McMaster Engineering L.W. Shemilt Distinguished Alumni Award and the Schulich School of Business Outstanding Executive Leadership Award. He is a Fellow of the Canadian Academy of Engineering (FCAE). Mr. Jenkins was awarded the Canadian Forces Decoration (CD) and the Queen’s Diamond Jubilee Medal (QJDM).

Tom is active as a philanthropist for the benefit of universities, hospitals, military trusts, historical and cultural organizations and scholarships for disadvantaged students, children of veterans, and recognition of academic achievements and is an Officer of the Order of Canada (OC).