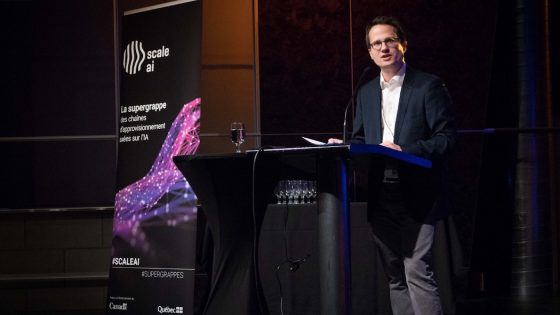 Scale AI has publicly invested more than $32 million to date into 14 projects, with the hopes of accelerating the adoption of artificial intelligence (AI) within Canadian companies.

Scale AI was awarded $230 million from the federal government in December 2018 through the government’s Supercluster initiative. It received an additional $23.4 million in July from the Quebec government.

The recently announced projects are being conducted by nine companies and include more than 40 partners.

The various projects supported by Scale AI span a number of sectors including shipping to retail, aeronautics, healthcare, and supply chain, but all focus on adopting AI or machine learning into existing practices. After a call for applications in June, Scale AI has chose to invest in a cross sector of startups, corporations, thought leadership groups.

Scale AI’s investments are made on the basis of companies making their own matching contributions. According to Scale AI, the combined total of capital committed to the 10 projects amounts to $75 million.

The recently announced projects are being conducted by nine companies and include more than 40 partners. The largest sum of capital was handed to Air Canada, which is leading two projects. Air Canada received $12 million from Scale AI, and $31.1 million overall, for a project using machine learning to optimize value chain and revenue management, and another implementing AI in its cargo operations.

Ravel by CF, a startup spun out of commercial real estate giant Cadillac Fairview, which announced its investment from Scale AI in December, is also included in the 10 projects. Ravel received $4.8 million from the Supercluster and $13 million overall.

Other companies that received capital from Scale AI include Coveo, which recently raised $227 million CAD. Coveo is leading a project on cognitive supply chains and received $2.8 million from Scale AI and $10.8 million overall.

More information on the projects, partners, and what they are working on can be found here.